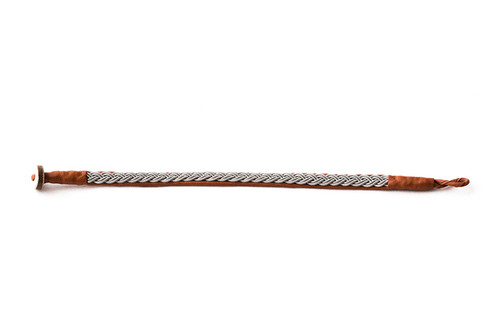 A skillfully and beautifully made Sami bracelet from the northernmost part of Sweden. Today many Sami craftsmen are trying to renew and revitalise the tradition and are transferring their skills from older to younger generations. The bracelet is made from reindeer hide and tin wire.

You can choose from several different sizes, but beforehand its a good idea to take a measurement - simply measure around your wrist and add 1cm for comfort.

Comes in black and brown.