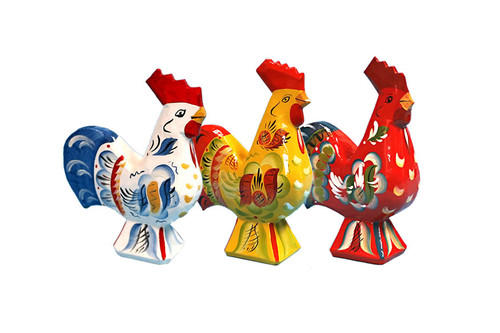 From the same workshop in Dalarna that produces the traditional hand-carved, hand-painted Dala Horse, comes the beautiful Dala Rooster. Like its Dala Horse sibling, the Rooster is completely hand-made in Sweden - and therefore every one is completely unique.