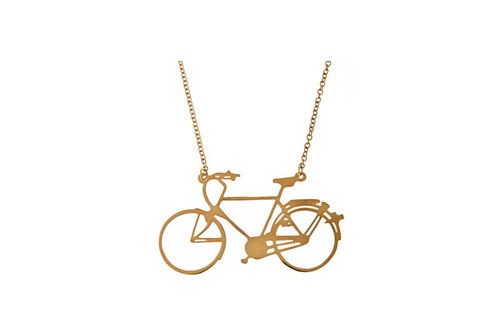 Bicycles are essential in Swedish living, especially in university towns like Umeå and Uppsala. Catch the eyes of pedestrians as you peddle by on your bicycle while wearing this Chakajan (Thai for “bicycle”) Necklace. The Umeå Collection featuring the necklace was inspired by Umeå street fashion and hip-hop style. 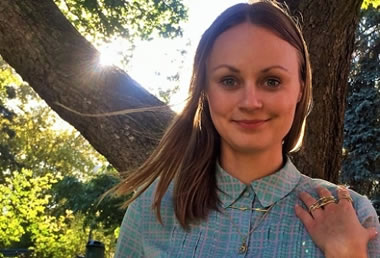 Aged just 27 and already living off of her own designs, some may consider Johanna Nilsson lucky. But she doesn't believe in luck. She's the founder of a jewellery line blending sustainability, subtle style, and Scandinavian simplicity - and it's taking the world by storm.

"It just sort of happened," Johanna told The Local with a laugh.

"In 2007 I was living at a youth exchange outside of Bangkok for a couple of months, and I got this idea to do something with the fashion industry and my contacts in Thailand."

Having worked with non-profits addressing problems and working conditions in the textile industry, Nilsson wanted to prove that it was possible to have a company with transparent production. With a friend in Thailand who is an educated jewellery designer, she started Johanna N - sustainable jewellery fusing Nordic design and Thai handicraft.

"I wanted to create beautiful stuff with a beautiful story. I create the ideas and concepts, and my friend in Thailand does the actual sketches and casting, since I don't have that education," Johanna told The Local. "We work very closely together."

Johanna grew up in northern Sweden, and until recently lived in Umeå, nicknamed Björknarnas stad - the city of birches. When she started designing jewellery, she took a piece of inspiration from home - literally.

"The birch bracelet is a real birch branch," Johanna explained. "I sent it to Thailand and they cast it in brass, and then I made some changes to the design and we sent it back and forth."

Many of Johanna N's collections are still inspired by the north, with the regal horn necklace being born from a forest hike.

"I was out walking and found a real reindeer horn in the mountains," she recalled. "So I took it home, minimized it, and made it a small necklace. And now it's a whole collection."

Rings, bracelets, earrings, and necklaces by Johanna N have become increasingly popular, sneaking onto the limbs of Swedish celebrities and even making an apperance in the sitcom Welcome to Sweden. Johanna's designs are now sold in 10 countries around the world.

The designer said the Nordic feel of her collections, filled with nature, are a reminder of home for many northerners. But it's also a subtle souvenir for anyone looking to bring home a piece of Sweden - without being touristy.