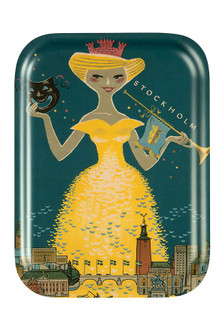 The entire tray is a lie! Or yes, a little. Stockholm really celebrates 700 years in 1952 and not 1953. But Helsinki (not Helsinkki, the city's founded by Swedes by thunder) would actually have had the Olympics in 1940. But a crazy war put a spoke in the wheel and quickly and merrily got it in 1952 as Helsinki arranged OS. Then, Stockholm was so bussiga so they moved anniversary one year so that there was no competition for tourists. Otherwise Helsinki had not received a single tourist that summer, the student takes a course. Anyway, Curt Blixt won an invitational with its wonderful "paint Queen". Money he had, and it was 3000 SEK, which according to information went directly to the household budget, in addition to a visit to Riche as he had promised to his best buddies, he would win. Self Curt fell asleep in a corner but was awakened when the bill arrived