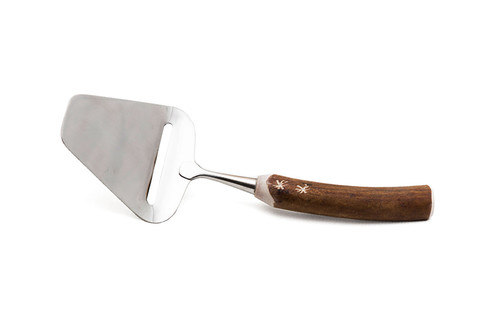 We think this cheese slicer would be perfect for prepping your favorite cheeses to eat at lunch with knäckebröd. The handle is made of natural reindeer antler with a stainless steel blade.

All products which have been created from reindeer antler have been sustainably farmed using only the antlers of reindeer which have already been shed.