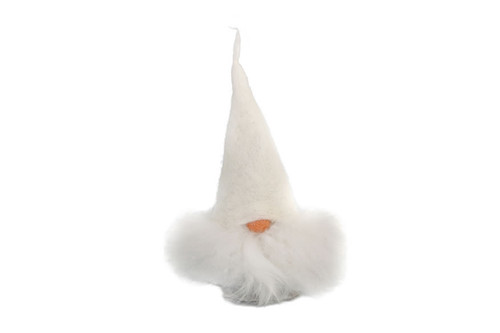 Tomte are the Swedish equivalent of Santa Claus is most other countries. These bearded little figures are hugely popular in Scandinavia and can be found in most homes, offices, shops, hotels... everywhere!

The body, hat and nose is made from felt, whilst the beard is made from genuine sheepskins that vary from straight to curly and may differ in color from the picture. Every Tomte is unique.

The founder of Åsas Tomtebod thinks she got the idea for Tomte whilst on a walk in the forest. The idea of the real Santa Claus, the modern Santa, the cozy Santa. Why cant it see? Well it can, it’s just a bit shy. The bearded tomte has been with us since the beginning of the 90’s, but is still very popular, and why shouldn’t it be.